Please ensure Javascript is enabled for purposes of website accessibility

The Real Secret to Optimizing Your Compressed Air System 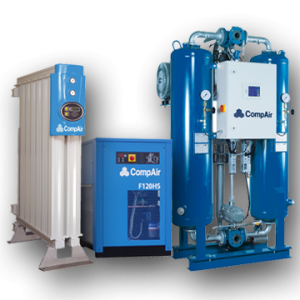 It’s interesting to me that a lot of compressed air systems are allowed to grow organically.

Pumping systems are precisely engineered. Requirements are specified exactly. The system is evaluated on paper, future-proofed. Those designs are evaluated and double checked… Compressed air systems are not specified per se.

A lot of compressed air systems aren’t anywhere near as well engineered. Frankly far too many systems are a built out of a mish-mash of components, often with customization and often there are oversights in integration.

Eli Goldratt wrote a lot of books about using Theory of Constraints in business settings. Initially he was famous for optimizing the production of manufacturing systems. The big mistake he saw in a business was ‘optimizing each step of the process.’ He called it striving for ‘local optima.’

Ultimately there will be one component that is the constraint on the system and it will determine the overall performance of the system. Kind of like a chain only being as strong as it’s weakest link.

The capacity of your compressed air system will be limited by the ‘weakest link.’

Then I’d specify a system based around those criteria.

We know that most systems are already up and running and now many plant managers are having to add capacity or improve air quality or sometimes doing both to their existing compressed air systems. However, when there is no overall system consideration you can end up creating something like Frankenstein’s monster.

The new VSD operated compressor might be able to handle the base load at about 70% capacity and consuming 70% power. Instead, in this example, two compressors are running at 125% of the necessary power.

For a start you’d want is to update the controls for the system so that the VSD compressor handles the base load and the modulating compressor comes on to handle demand over a threshold and it is shut down when demand is below that threshold.

That’s really only the beginning of system optimization.

If your compressed air expenses are climbing (or if you can’t measure them accurately) or you think you need to expand your system, the first thing to do is to take stock of the system as a whole. If you don’t have the necessary expertise in-house, we will audit your compressed air system for you and guide you to getting the performance you need. To get started with a no-obligation discussion call 404-363-6000 or drop us a line sales@pyebarker.com