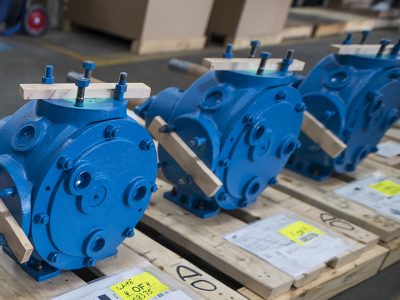 One of the major problems facing industry today is the limited number of people with sufficient skill and experience to diagnose and rectify the basic problems plaguing positive displacement pumps. Another difficulty is that the same lack of skill and experience is creating many of these problems in the first place.

A detailed evaluation of a pump problem requires a depth of knowledge which usually surpasses that to which most people are ever exposed. Most pump engineers, operators and maintenance people develop their knowledge base from the same "school of hard knocks."

While this on-the-job type of training has much to commend it, unfortunately it also exposes people to the opportunity of learning the mistakes and misconceptions of others. At best, it only teaches what is necessary to execute a particular job function in exactly the same manner as it was previously performed-good or bad!

The ramifications are generally imposed on the maintenance department, where the training is usually limited to the physical change-out of parts when a breakdown occurs. As the underlying cause of pump failure often extends beyond the failed item, these maintenance methods will effectively reinstall the same old problem.

This is particularly concerning when we realize that over 80 percent of all pump failures tend to manifest themselves at the mechanical seal or the bearings. Typical mechanical seal failures depend highly on the seal type and material pairing. O-ring-type shaft seals with dynamic O-ring and one seal ring in carbon-graphite typically have problems with wear on seal faces and seal hang-up, which prevents axial movement of the dynamic O-ring and seal ring.

When a bearing fails, it is important to determine the exact cause so appropriate adjustments can be made. Examination of the failure mode often reveals the true cause of failure. This procedure is complicated by the fact that one failure mode may initiate another. For example, corrosion in a ball race leaves rust, an abrasive, which can cause wear, resulting in loss of preload or an increase in radial clearance.

The wear debris can, in a grease-lubricated bearing, impede lubrication, resulting in lubrication failure and subsequent overheating. When this happens, it will transfer to the mechanical seal causing the two seal faces to walk on one another which will cause seal failure.

The extent to which this happens varies from industry to industry, as some are more aware of the root causes of pump failure than others.